Possibly the best oil to add to your germ fighting arsenal!

Young Living’s Thieves essential oil blend was created based on the historical account of four thieves in France who protected themselves from the Black Plague with cloves, rosemary, and other aromatics while robbing victims of the killer disease. When captured, they were offered a lighter sentence in exchange for their secret recipe. 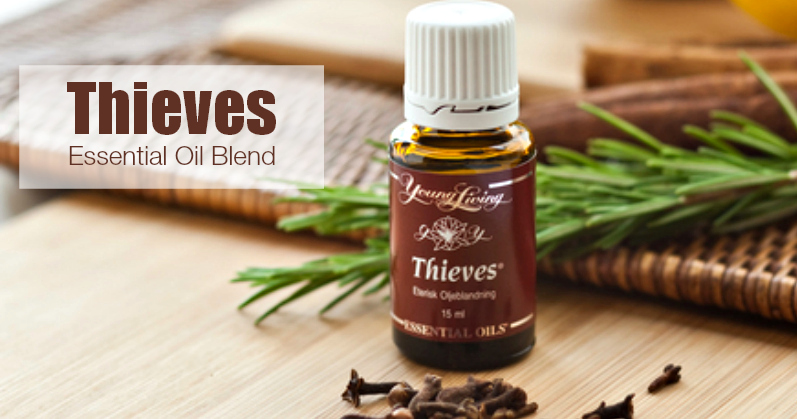 Thieves oil has been tested and found to be highly effective against airborne bacteria! It can be used to prevent and treat cold sores, strep throat, common cold, skin infections, bronchitis, and more. It is also a powerful natural disinfectant, not only killing bacteria and viruses, but harmful molds as well. So what’s in the oil blend that makes it work?

How to use Thieves oil: